In an unexpected move by WWE they have come to terms with the release of Akam and Rezar collectively known as the Authors Of Pain or AOP. 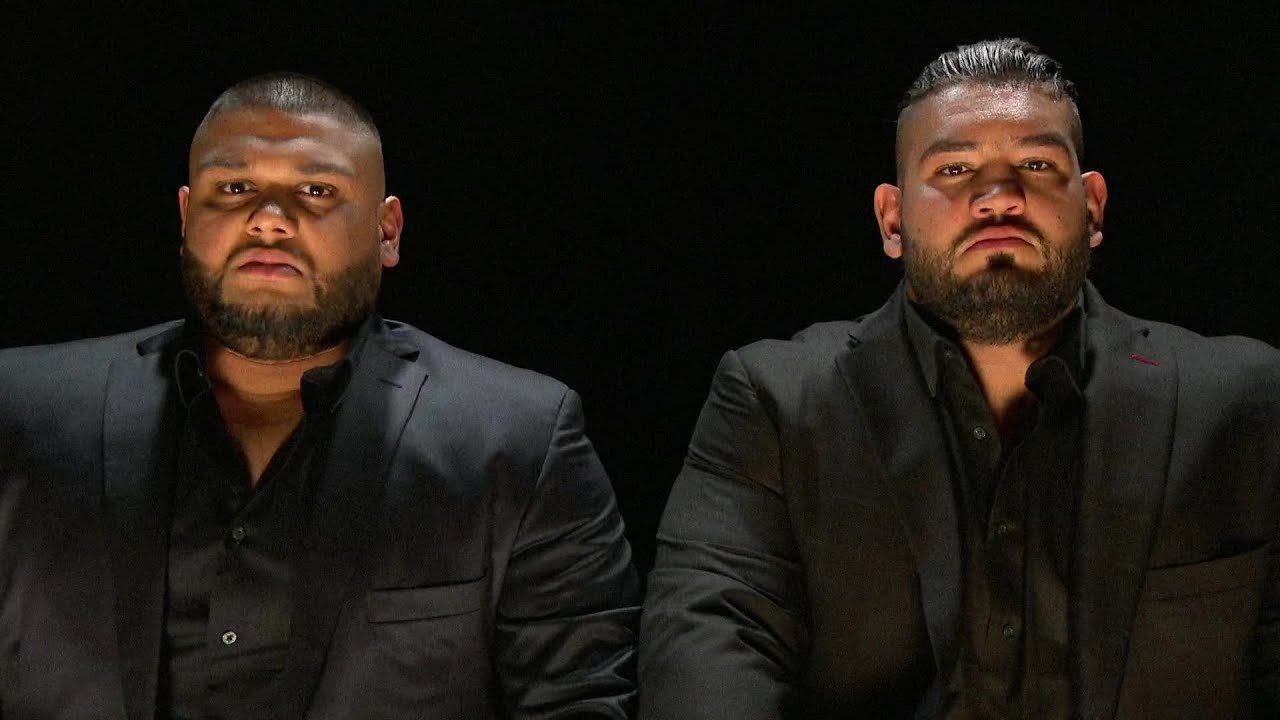 Akam, real name Sunny Dhinsa and Rezar, real name Gzim Selmani signed with WWE in 2014 and 2015 respectively. They first appeared on the NXT brand where they had success alongside their manager Paul Ellering. They won the Dusty Rhodes Tag Team Classic as well as the NXT Tag Team Championship. They appeared on Takeovers in matches with D.I.Y and the Revival even main eventing in a ladder match against the former. They were also a part of the first NXT Wargames alongside Sanity and the Undisputed Era.

It wouldn’t be long before the duo made their main roster debut where they abandoned Ellering on Raw almost immediately. They would find a new manager in the form of then 205 Live General Manager Drake Maverick. They would defeat Seth Rollins in a handicap match for the Raw Tag Team Championship, beat The Bar at Survivor Series in a Champion Vs Champion match (yes the one where Drake Maverick wet himself) but would lose the titles to Bobby Roode and Chad Gable having held the belts for 35 days.

This was the beginning of AOP’s troubles as Akam would need to take time off for knee surgery putting the team off television for months. They would re-emerge as Seth Rollins enforcers for a few months before Rezar suffered a bicep injury in March 2020 putting the team once again on hiatus. This would be the final nail in the coffin as AOP were released on September 4th 2020 being wished well in their future endeavours by WWE.