It has been reported that Becky Lynch, WWE Raw Women’s Champion has landed a role in an upcoming Marvel movie. 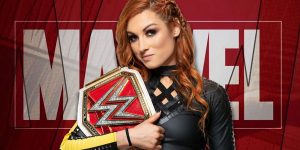 Following the news from a few days ago that Lynch would be appearing on Showtime’s Billions show. Host of The Call Sheet on Netflix, and former Variety reporter Kris Tapley tweeted that Becky would be staring in a Marvel movie.

Tapely posted a follow up message in which he said he’d be muting anyone who asked for further details. He was bombarded my WWE and Marvel fans asking which movie she would be starring in. It seems the reporter is not at liberty to give any more information in the upcoming movie.

In another interview this week Becky told TMZ that she had been speaking to both John Cena and Dwayne ‘The Rock’ Johnson. Speaking about the rock in particular she had this to say. 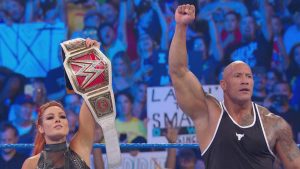 ‘The Rock has actually he’s been very helpful in guiding me.

He’s just being very giving and I think they all are because they’ve all been there and they’re all ready to look after the next generation.’

It is not clear which Marvel movie it is, so let us know what role you’d like to see her play within the Marvel Universe.