We learned last week that Jinder Mahal had to undergo surgery on his knee and would be out for another prolonged period of time. Mahal was set to return after being out for ten months when he picked up another injury. This bad situation is made worse by the fact that there were plans in place for Mahal to take on his former stablemate, Drew McIntyre for the WWE Championship. 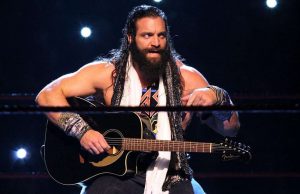 Raw is not the only one with injured stars, SmackDown’s Elias also has a nasty injury and will be out of action for several months. On an episode of Smackdown two weeks ago, Elias was involved in a hit and run accident taking him out of the semi finals of the Intercontinental Championship Tournament. It appears that this controversial storyline was written in to put Elias off Tv for the foreseeable future. 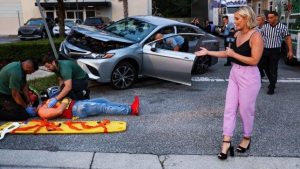 SmackDown announced that Elias had torn his pectoral muscle and broke a few ribs in the hit and run. Dave Meltzer of Wrestling News Observer confirmed that the broken ribs are part of the storyline, however, Elias is actually suffering from a torn pec.

The Injury did not actually happen during the hit and run; we can assume it happened in the last match we seen Elias compete in. He defeated King Corbin to make it into the next round of the Intercontinental Championship Tournament on the May 15th episode of Friday Night Smackdown.