WWE fans have taken to the internet for several years now to campaign for Championship Titles to be redesigned. One in particular that annoys critics is the United States Championship, some say that the belt looks too much like a child’s toy.

We recently seen the Intercontinental Championship change design. The changes were allegedly made for it to match the aesthetics of the AEW Championship. A subtle dig at their rival promotion to make their second-tier title look like AEW’s top prize. 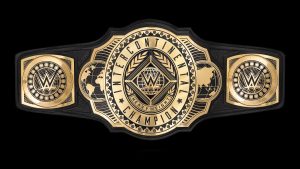 WrestlingInc is reporting that fans are going to get to see some new belt designs. They state that both the United States Championship and the NXT Championship will be getting big changes over the next few months. Here is what they had to say:

Wrestling Inc. has learned that WWE is reportedly working on new belt designs for some of their titles WWE is working on revamping the NXT Championship. The new look has the same design, but is bigger in size. The WWE U.S. Championship is also getting a redesign. I don’t know if it has been completed yet, but they will likely release it once they have replicas available to sell on WWEShop.com.

AEW recently had an issue when revealing their new TNT Championship belt, when Cody won the title at Double or nothing, the belt that Mike Tyson presented him was an incomplete version. They were unable to get the design fully finished due to the Coronavirus pandemic. 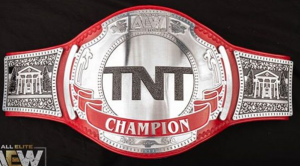 It might be a while before we see the new titles while establishments are closed during the health crisis, or maybe WWE have already taken this into consideration and the belts are already being worked on? We will keep you updated as soon as we get any images of them.