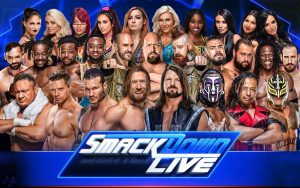 WWE have suffered major disruption to its programming due to the Coronavirus pandemic. The company have recently switched to live shows instead of pre recorded episodes. Monday night Raw and Friday Night Smackdown have been taking place in the PERFORMANCE Centre Orlando. They haven’t had a house show since the beginning of March

WrestlingRumors.net have reported that WWE have put in place preliminary plans to start touring again on June 12th. According to the report, the April 10th episode of Smackdown was supposed to take place at the Schottenstein Centre in Columbus, Ohio. This has now been rescheduled to take place on June 12th. They spoke to a local ticket representative who said WWE still plan to hold the show for the scheduled date.

WWE.com also states this is the date the company plans to go back on the road as the show is being advertised along with NXT house shows. The June 27 live event at Madison Square Garden is also scheduled to go ahead as planned, as is the July 2 house show in Osaka, Japan.

Governor of Ohio Mike DeWine announced plans to reopen the state from May 1 but he reminded people that mass gatherings are low on the priority list. Whether or not WWE is forced to reschedule the June 12 episode of SmackDown remains to be seen.

We will keep you as updated as we can regarding this situation.