WWE’s main roster shows have had their viewership decline for quit a while now. It has been revealed today that creative within the company sat backstage and watched AEW Dynamite for help with their production. 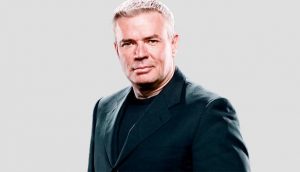 Former executive director of SmackDown Eric Bischoff was on AEW’s YouTube channel to give his predictions for this weeks Fight for the Fallen special episode. He was alongside Tony Khan and Conrad Thomson where he discussed how he and other writers watched the show by AEW:

“I do want to say this, one of the things that I think has distinguished [AEW] from anybody else, even when I was with WWE last year, I sat down and watched both shows side-by-side and I was working with WWE at the time and I was watching it in a writer’s conference room with a bunch of other writers.”

Bischoff also discussed how AEW are presenting their shows much better than WWE right now:

“One of the first things that I noticed was that [AEW] is handling the production so much better. When I watched the show during COVID, the way they’re shooting the show, it’s tighter, [they] embrace the venue instead of camouflaging it. Somebody asked, ‘What did you think?’ I told him what I thought. [AEW] feels more like live TV and feels gritty enough to convince me it’s live. It feels gritty enough to feel like it’s live.”

Bischoff was directing SmackDown for less than a year before he was replaced by Bruce Prichard. In order to ‘streamline’ the creative within the company Paul Heyman was also released leaving Prichard in charge of both main roster shows, a move that has not went down well with a lot of people.

AEW’s Fight for the Fallen episode will be take place on July 15. Jon Moxley will defend the AEW World Championship in the main event against Brian Cage, and Cody will defend his TNT Championship against Sonny Kiss.